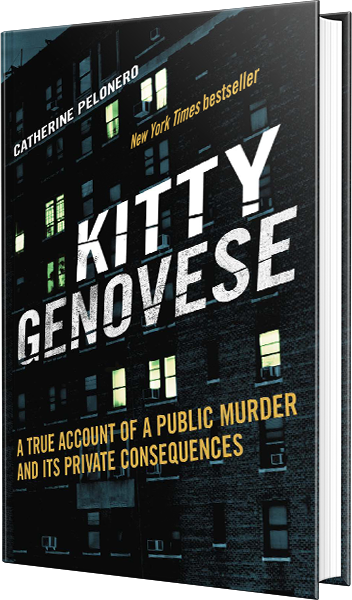 A True Account of a Public Murder and its Private Consequences

“Catherine Pelonero has consulted all the original files and tracked down every surviving participant for her definitive analysis of the case. Reading her pages evokes anger and anguish in equal measure.”
—The Advocate

The true story of the notorious murder of Kitty Genovese, a young woman stalked and stabbed on the street where she lived in Queens, New York in 1964. The case sparked national outrage when the New York Times revealed that dozens of witnesses had seen or heard the attacks on Kitty Genovese and her struggle to reach safety but had failed to come to her aid – or even call police.

One of the most iconic and hotly debated crimes in recent history, Kitty Genovese cuts through misinformation and conjecture to present a definitive portrait of the crime, the aftermath, and the real people involved.

Based on six years of exhaustive research, Catherine Pelonero’s book presents the facts from the police reports, archival material, court documents and first-hand interviews. Pelonero offers a personal look at Catherine “Kitty” Genovese, an ambitious young woman viciously struck down in the prime of her life; Winston Moseley, the killer who led a double life as a responsible family man by day and a deadly predator by night; the consequences for a community condemned and others touched by the tragedy.

The definitive account of a dark moment in U.S. history, at once richly detailed, deeply humane, and profoundly compelling…Pelonero’s book will leave you moved and enlightened.
—Adam Alter, author of Drunk Tank Pink
[Pelonero takes] pains to present a fully-realized portrait of Kitty so that readers won’t forget that she was a person, not a player in an anecdote.
—Boston Globe
Pelonero…[gets] readers thinking about gender as a crucial key to the puzzle.
—The Nation
Catherine Pelonero has consulted all the original files and tracked down every surviving participant for her definitive analysis of the case. Reading her pages evokes anger and anguish in equal measure.
—The Advocate 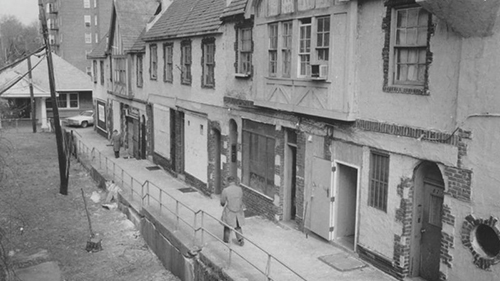 The Truth about Kitty Genovese

A little knowledge is a dangerous thing. The 21st century revisionism of the iconic and infamous 1964 murder of Kitty Genovese, the young woman attacked on a street in Kew Gardens, Queens and slain in a hallway of her apartment building while her pleas for help went unanswered, gives a glaring example of this old maxim. 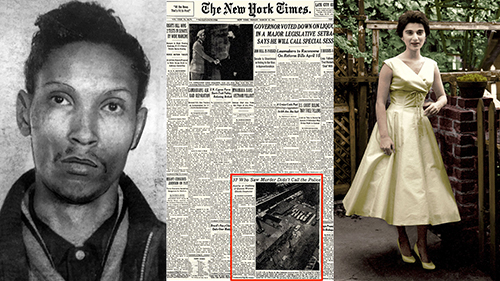 “Would anybody remember or care about Kitty Genovese if she had been black?” That’s the very good question her just-deceased murderer, Winston Moseley, posed to me more than once in the scores of letters he wrote me. I first wrote to Moseley in 2009, care of Clinton Correctional Facility in upstate Dannemora, where he was serving his life sentence… 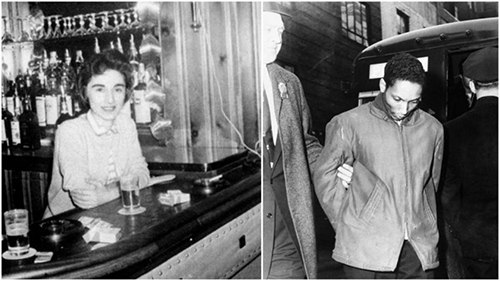 The Man Who Murdered Kitty Genovese

Establishing a rapport with a serial killer is not for the faint of heart.It was far and away the most daunting hurdle for me in researching my book, Kitty Genovese: A True Account of a Public Murder and its Private Consequences. The killer in question, Winston Moseley, who died in prison on March 28, 2016 at the age of 81, was never well known by name but his crime…

For more on the Kitty Genovese case, visit Media to view print articles, podcasts, and video. 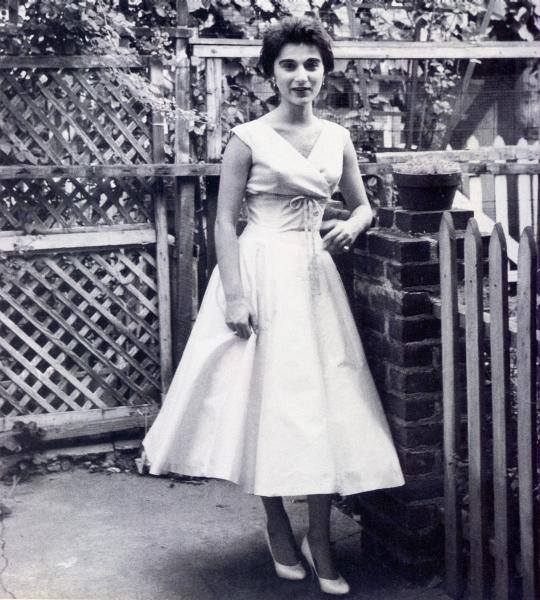 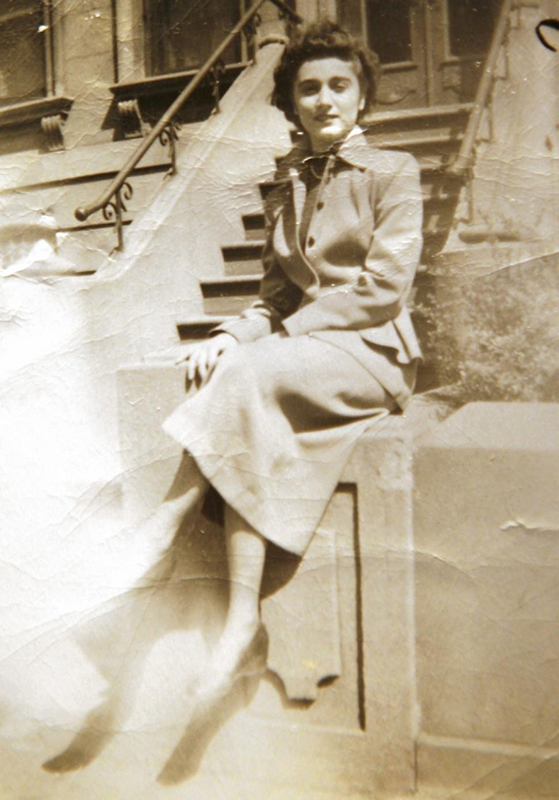 Kitty sitting on stoop in Brooklyn 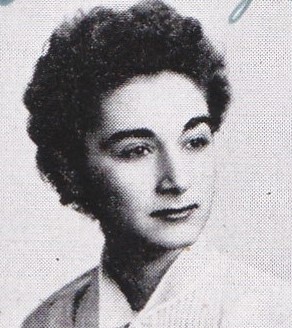 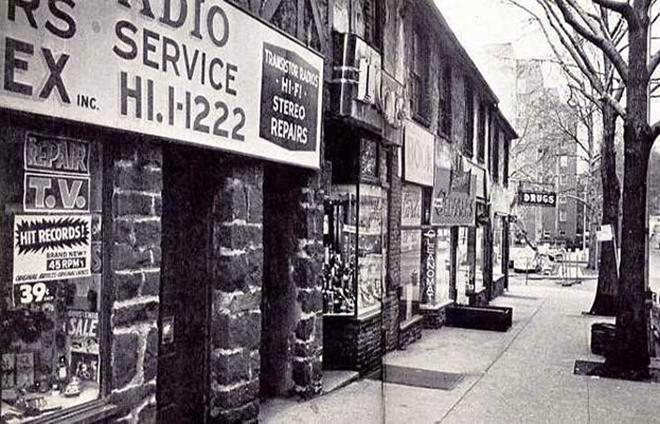 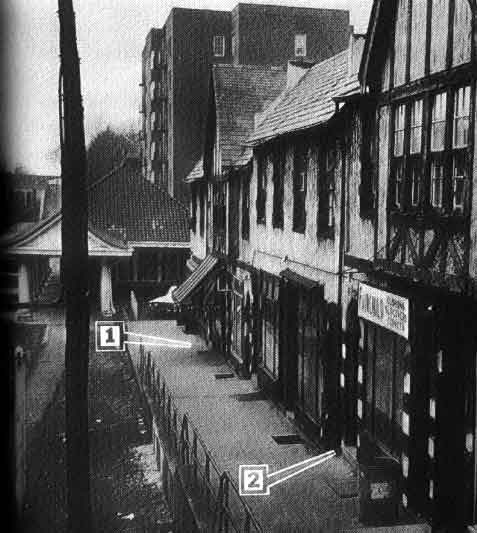 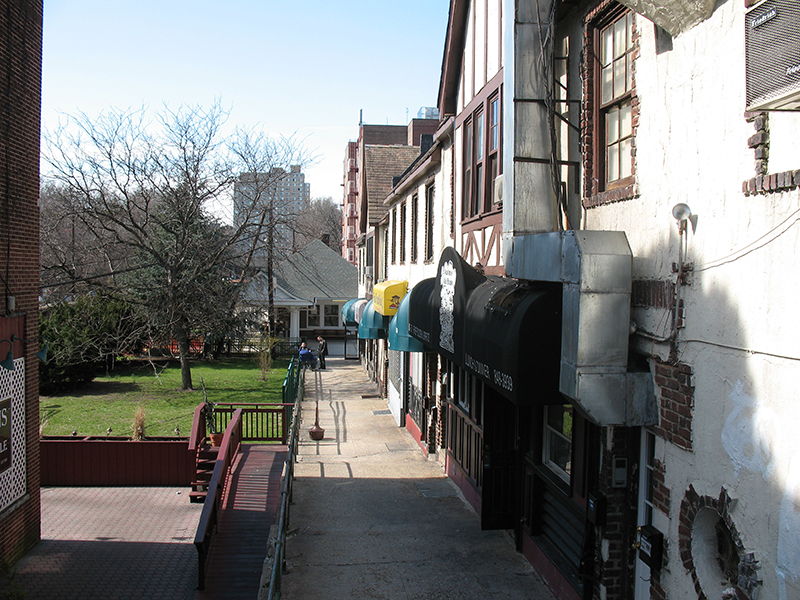 Walkway behind Tudor building photographed in 2013 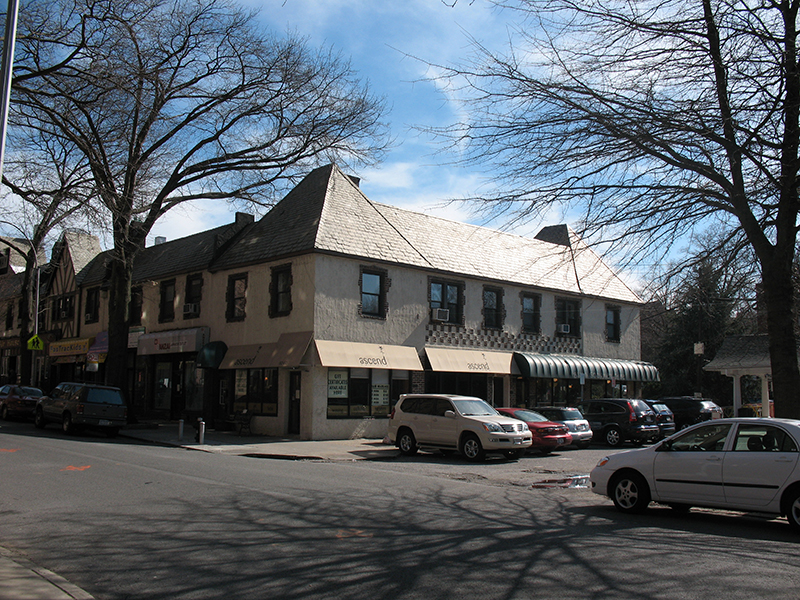 Side View of Tudor Building photographed in 2013 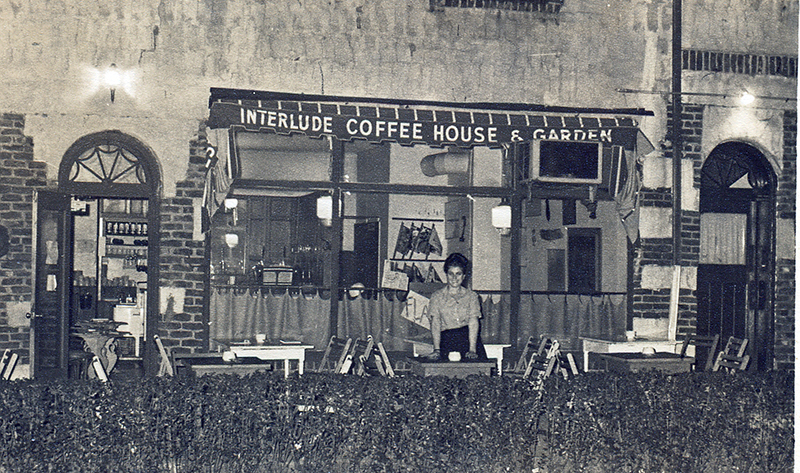 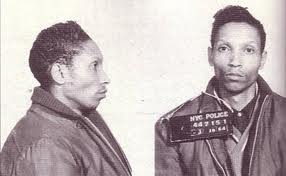 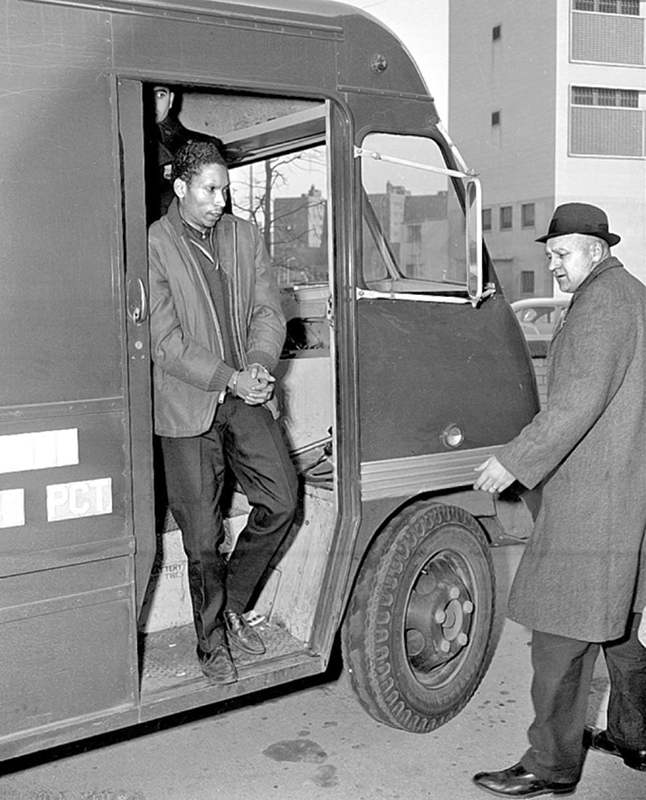 Moseley stepping out of police van 1964 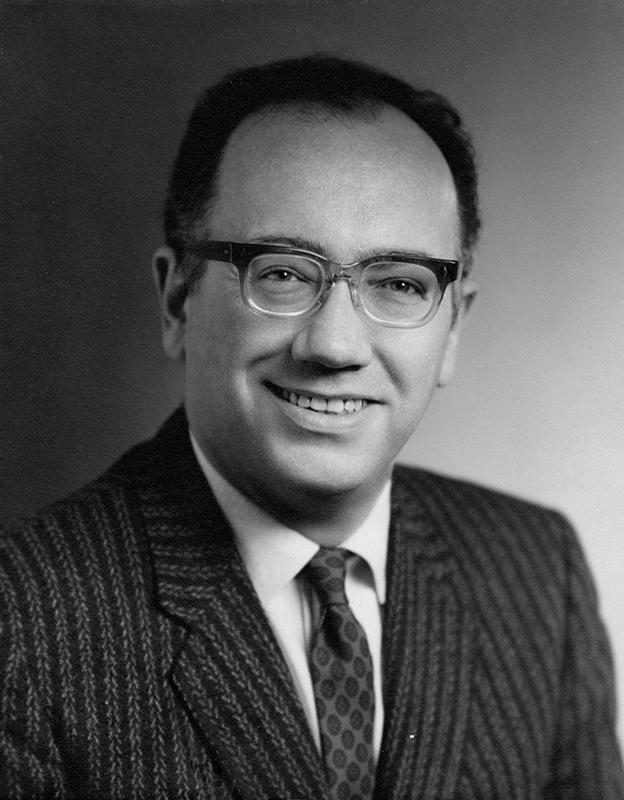 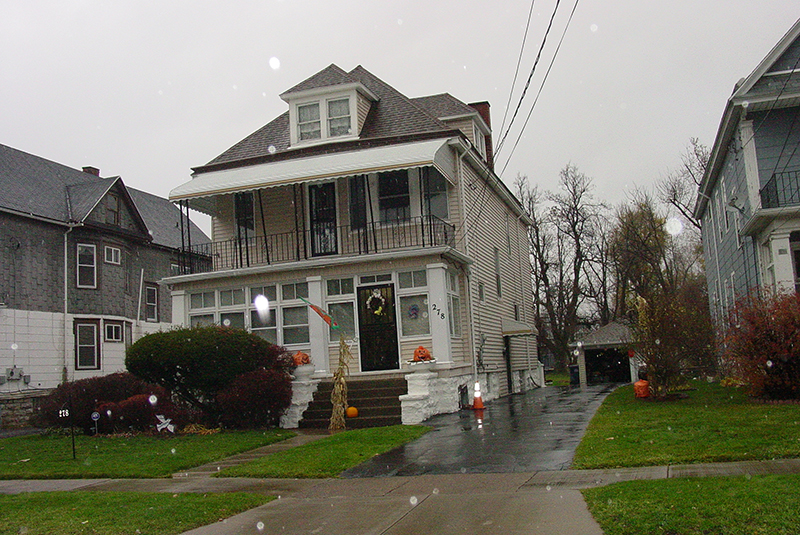 278 Dewey Avenue in Buffalo where Moseley hid during 1968 escape, photographed in 2009 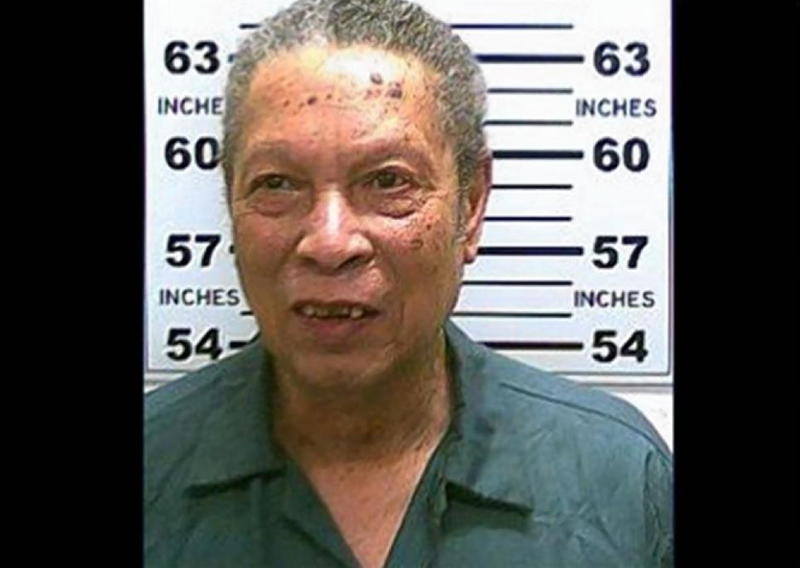